As described in this news item 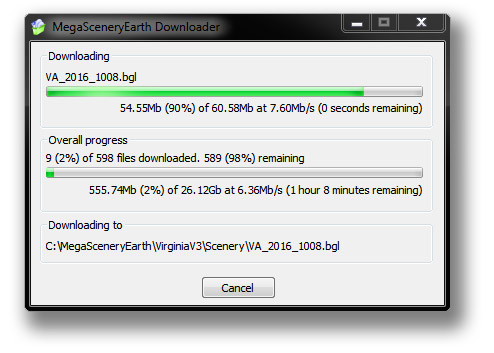 Titles That Have Been Updated

We will not be updating older V2 titles or V3 titles that have been superseded by 2017 imagery,

As each title is updated it will move to the top category. We will do this as fast as we can and expect it to be completed by 30 November.

Please note also that as each title is updated, the larger zip files liked to via the older style html pages will be removed to make room on our server. Your order history will have a link to the new installer in place of the older html file system.

Titles That Have Been Upgraded And Enhanced With PerfectCOLOR Image Processing.

Titles That Have New Image Processing With PerfectCOLOR and will be listed in your installed programs (Windows Control Panel) as 3.6.16 or 3.6.17.

If you have any of these titles and they do not show 3.6.16 or 3.6.17 then you should download the upgrade. There is no charge. Just redownload from your order history.

All V3 Titles Have Been Updated To PerfectCOLOR

All other titles will not be updated because they were released with PerfectCOLOR or original image enhancement was graded as similar to PerfectCOLOR in quality. Future 2017 releases will all have PerfectCOLOR.